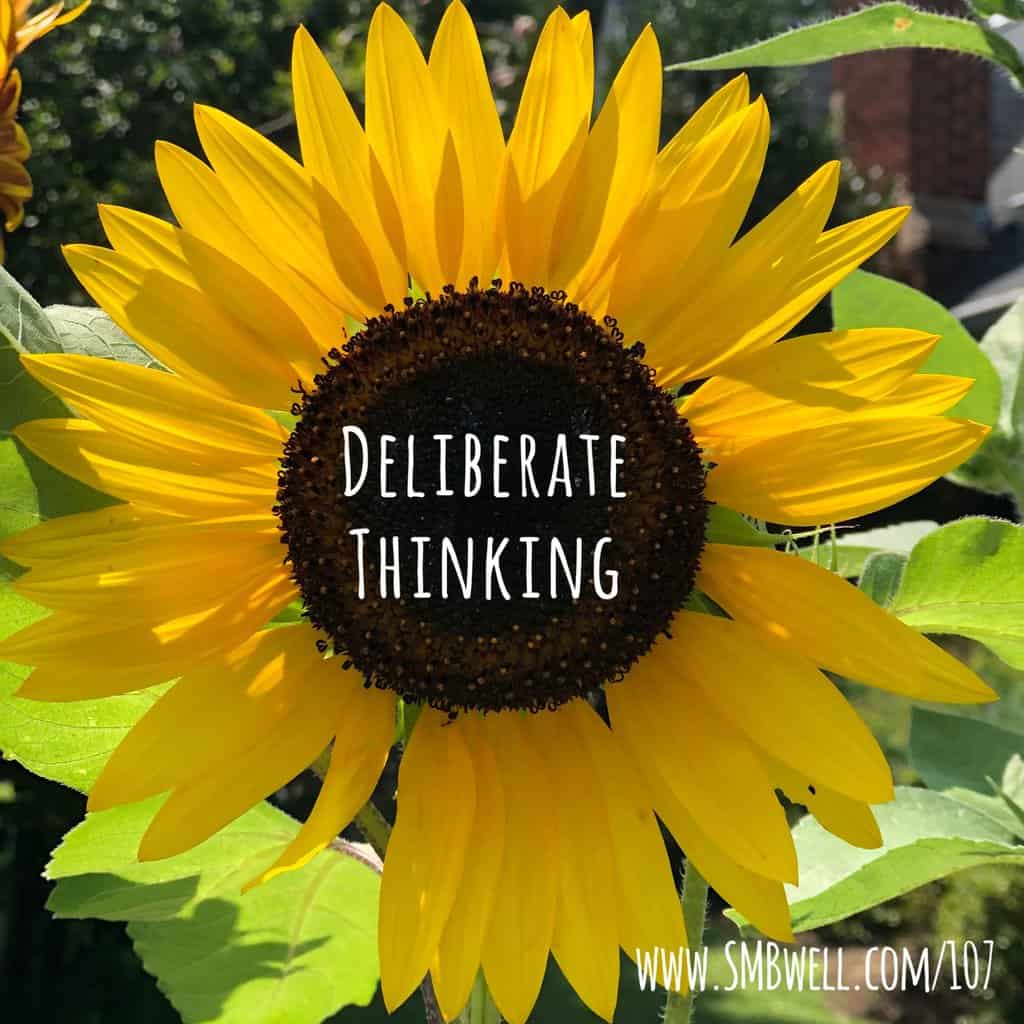 Suffering is the Great Awakener.

10 years ago I was on Xanax and Zoloft at the same time. My 19 year marriage was over. I was estranged from my biological family. My life savings was gone.

I began to think deliberately. 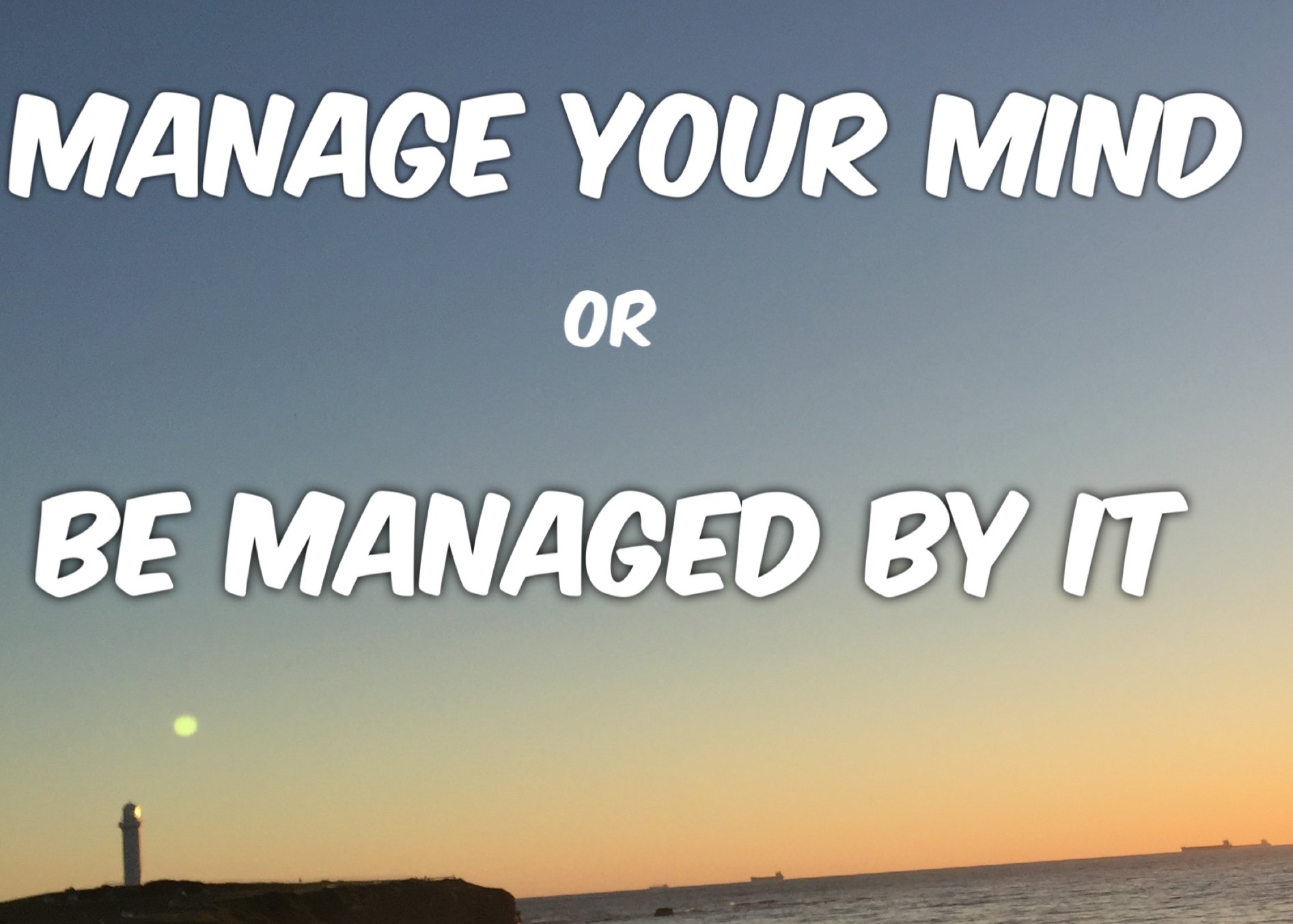 I began to brainstorm and think what if….

I began to pay attention to past patterns in my life that had gotten me where I was.

I began to deliberately choose which to continue and which to abort.

I got very very deliberate about which thoughts I was thinking.

I invite you all to become super thinkers.

I invite you to become deliberate thinkers.

I encourage you to think intentionally; to commit to the thoughts that are helpful for you and for your future.

I invite you to consciously and consistently think those thoughts on purpose.

I consistently spend time thinking about the thoughts I’m thinking and weeding out the bad seed thoughts that don’t lead to my dreams and my higher self. I run programs that set others up for this consistent, conscious daily practice.

I am super consistent in my daily actions and choose habits that are helpful for me and managing my mind.

I am super committed to thinking thoughts that are helpful and supportive to me.

I diligently remind myself that I am on a journey and that setbacks and failures are part of that journey, not evidence that I need to stop doing what i’m doing or that my parents or ex were right.

Every single thing I have in my life that I value that I created, I have accomplished because I chose to believe certain thoughts, committed myself to believe those thoughts, and consistently practiced believing them. 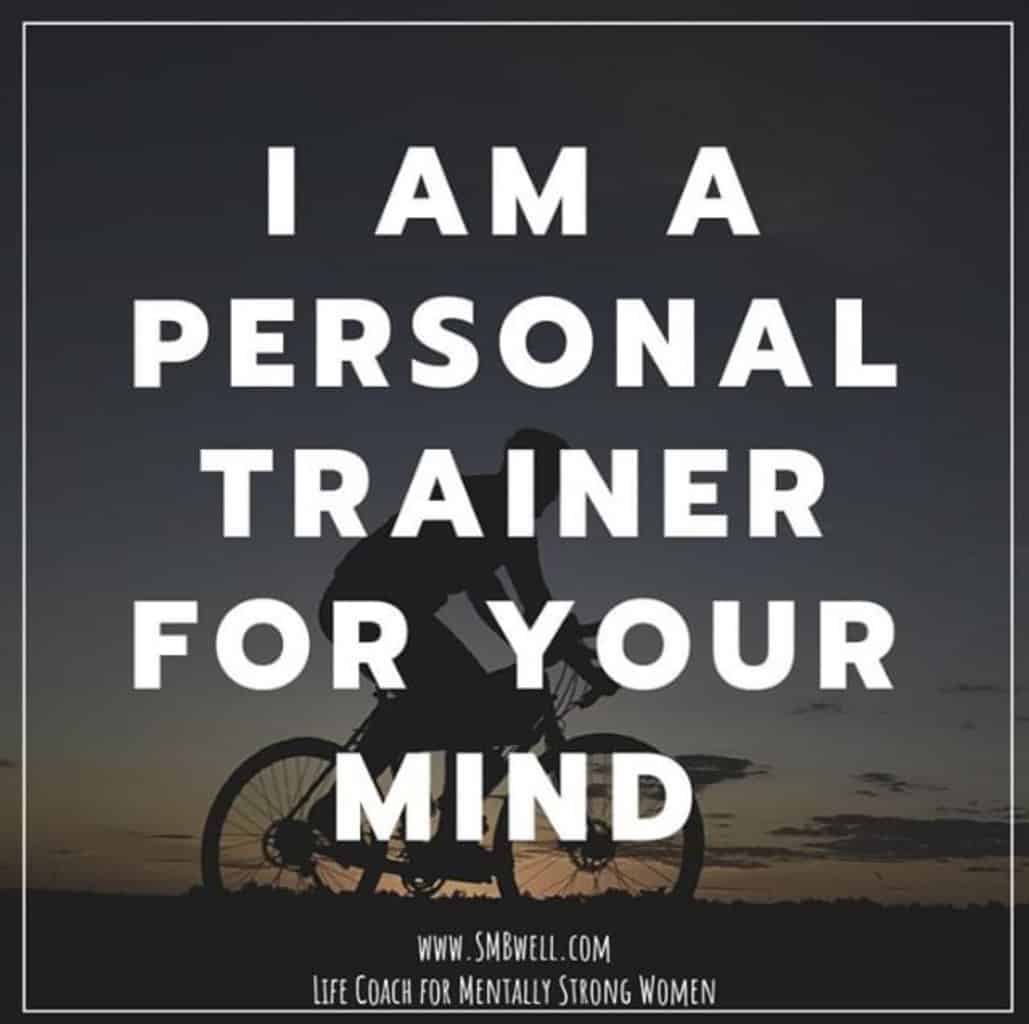 Similar to going to a gym. You don’t think a thought once and believe it. You don’t do a workout once and have a six-pack. You commit. You practice. You are intentional.

Also similar to a gym, you have a plan. You think ahead of time about your goals at the gym or goals of the workout. What do you want? Which exercises do you need to do to get those goals? I invite you to do that with your thoughts as well.

Believe in the Unknown

You have to believe in something that isn’t true yet in order for it to one day be true.

Think of a seed.

Why do you plant it?

Because you believe it will turn into something.

You wouldn’t bother planting it if you didn’t believe it would amount to something. Think of your beliefs about yourself and your potential as a seed. You may not be able to see exactly what that seed will turn in to or the growth pattern it will have but you have some sort of belief in

Last spring a neighbor gave my husband these teeny tiny seeds and told him they would turn into sunflowers. My husband had some disbelief. They weren’t in a package. They were placed in his hand. He chose to believe in those seeds. He committed to them. I will take a picture of what those seeds look like today. 5 tiny seeds. Smaller than his fingernail. And because he believed, he watered, he nurtured, he committed, they are now taller than anyone in our house. Was it a bit fantastical to belvie that that little thing could turn into the massive beautiful structure it is today with some simple water and sun? Yes. Did he go for it anyways? Yes.

Where can you commit to your beliefs so you can get started? If you don’t sell yourself on the possibility, it won’t come true. This is about believing in your dreams; believing in the idea that if the thought came into your head, it was meant to.

People may call you crazy.

Let them. They have their life to live. You have yours.

Back to my parents and my ex…. they literally called me crazy. They said I was out of touch with reality.

They said my vision of what I thought a marriage could be like was delusional. Misguided. They said I was dreaming too big, that  I was happy enough. That me dreaming or wanting more out of life was selfish.

That’s okay. I let them be them.

If they opened their minds to believe something else is possible for them, their heads might pop off. It would call to question so much of what they’ve been doing in their lives and that would be very uncomfortable for a brief period of time. Instead they are choosing lifelong mediocrity over a shorter period of discomfort. That appears to be okay for them. It’s not for me.

Pay attention to the people around you who are trying to keep you in their box of reality.

Break out of that box warriors.

Pay attention to those who poke holes in your dreams and your visions. Who tell you that that seed is probably rotten and you should throw it out.

Who’s vision of reality do you want to be living in?

Any and everything I’ve accomplished in my life is because I had a dream of what could possibly be before it was possible.

This almost always is uncomfortable.

Break out of that box.

The caterpillar busts out of the cocoon to become the butterfly.

The seed busts through the ground to become a flower.

Where can you bust through discomfort to become that best version of you?

What Do You Want? 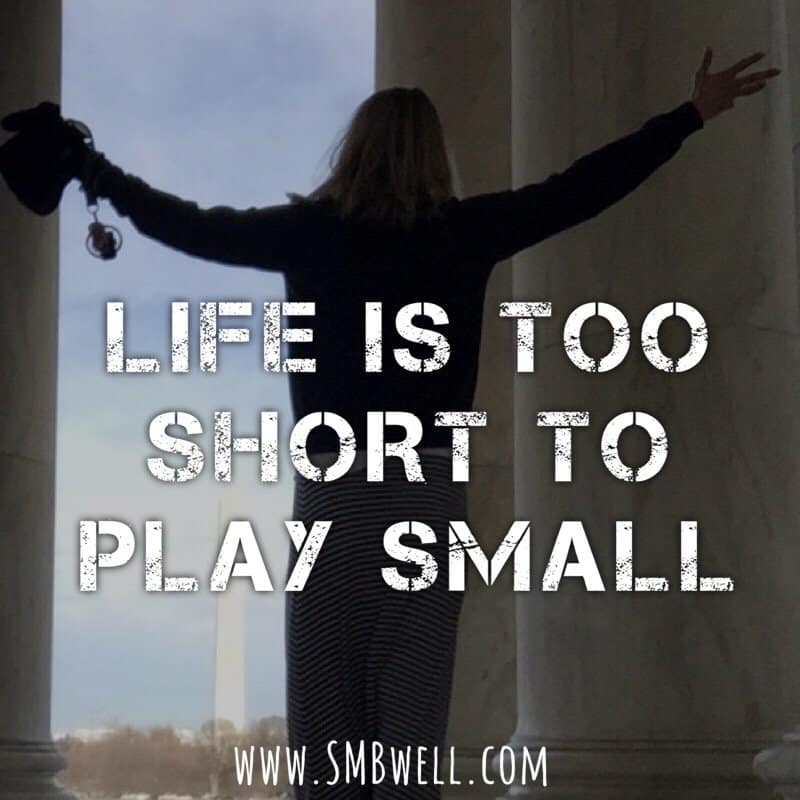 You are what you dream and your dreams were given to you for a reason. They were sent to you by the universe. They wouldn’t be in your head if they weren’t possible for you. You might think: “but that dream doesn’t make sense” or “that’s way too far off from my current reality”.

It doesn’t make sense that that little seed became a 7 foot tall sunflower.

It doesn’t make sense for me to be in a wildly passionate and connected marraige with a man who literally lived on the other side of the world from me in a country I never planned to visit.

Your dreams are in your head for a reason.

Turn down the voice in your head that tells you all the reasons why you can’t have what you dream. That voice is from your past and is basing your future on what has happened in the past.

When we do that, we get more of what we’ve had.

In order to have a future different than our past, we have to start thinking and believing different and bigger thoughts. We have to break the habit of being ourselves. If you want things to be different, you must do things differently. That includes not looking to the past for evidence of what the future will hold.

It means you open your mind to possibilities.

It means you dream bigger than you’ve ever dreamed.

As Oprah says, supersize your dreams.

I am here as a witness and supporter on your grand reveal. Let’s go.

If you’re ready to get started with Susie her most popular program is open NOW! Don’t miss out: Finding Joy In Your Everyday Life, learn more here.

If you liked this episode and you want more Susie, she can be found daily on Instagram at https://www.instagram.com/smb.wellness

Omg I did it! I’ve dreamt of living on this stre

Drop a 🧡 if you are alone or if you feel emotio

However you are spending thanksgiving today, with

As someone who’s had an eating disorder and who

What does this remind you of? #beautifullocation #

Have calmer holidays! Learn how to interact with s