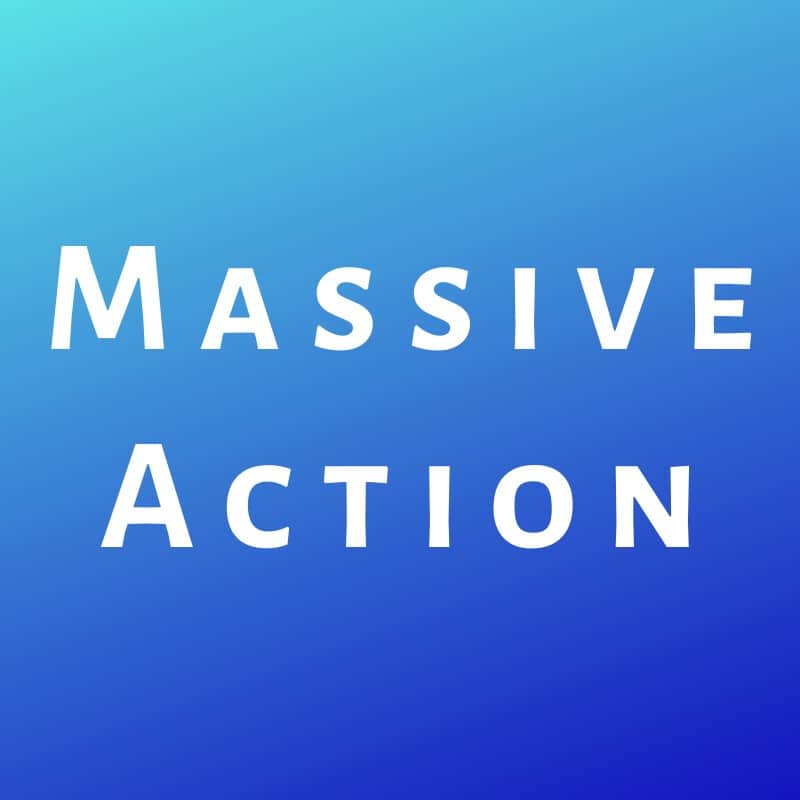 Okay warrior. If you’re listening to this real time, it’s the end of January.
Which means, it’s prime time to quit resolutions.
Don’t do it.

The Difference Between Quitters and Achievers?

People who reach their goals don’t view their mistakes as evidence that they need to quit or that what they’re doing isn’t working. #goalsetting #newhabits Click To Tweet

Sometimes we quit our resolutions because we aren’t seeing results. We’ve been hitting the gym and see no difference. We’ve started to skip our nightly dessert but the scale hasn’t budged. We’re getting to be earlier but are still fatigued. 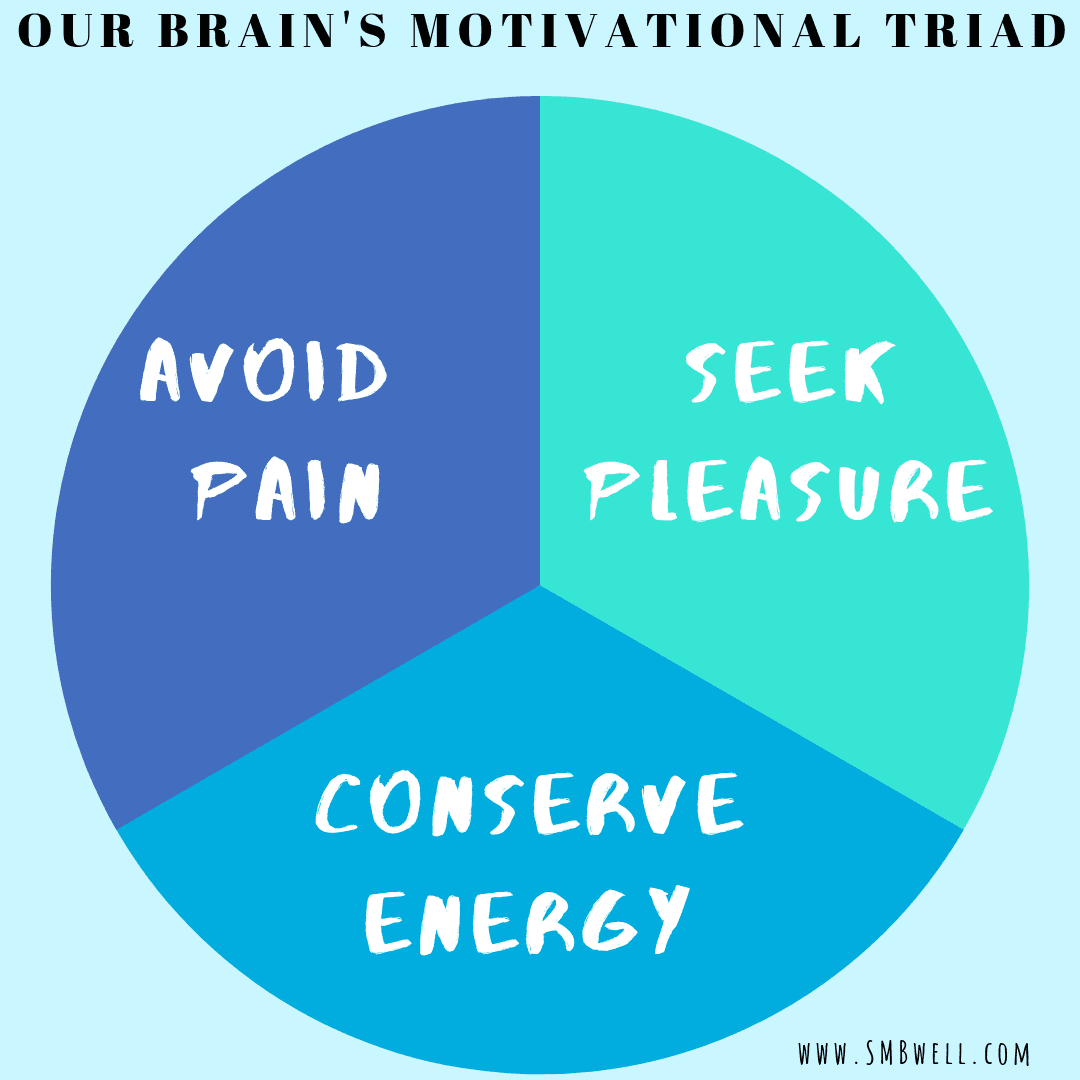 Our brain loves this. It loves familiarity and hates change. You changing how you’ve done things is very uncomfortable for the brain and so at this point, the brain pipes up with a whole bunch of “see! I told you this wouldn’t work” or “this obviously isn’t working. You should be seeing more results. You might as well stop.” Unfortunately sometimes the people also join the brain because your change is making them uncomfortable. They may say things like: “Come on, this isn’t working. Just have one glass or one piece”.

In the beginning of changing a new habit, it’s super easy to listen to your brain (or the people around you). Behavior change takes effort. You’re rewiring the brain for goodness sake. However, hang with me. One of my favorite mantras is: “Nothing has gone wrong here” and it couldn’t be more true when we’re talking about new behaviors and establishing new ways of being.

Let me tell you about a concept that has made an incredible difference in my life and how I coach people to begin new habits and it’s called Massive Action. Massive action is about setting a goal and taking action until that goal comes to fruition. No matter what. It’s about removing the concept of “failure” or “quitting” from your vocabulary. Massive action means you commit to your goal and take action towards reaching your goal until you reach your goal. You go into the process of changing your habits and behaviors with the understanding that you will experience setbacks and disappointments. These setbacks or disappointments are things that in the past, we may view as evidence as to why we should stop. Or why what we’re doing isn’t working and never will. No longer. Choose to view those things differently. Think: “Nothing has gone wrong here” this is what’s supposed to be happening when I change the brain.

Let me tell you about something else called the plateau of latent possibility: Recently I heard the author James Clear discuss this concept and I thought: my warriors need to hear about this. Imagine it’s a hot summer day and you’re thristy. Except you’re in a freezer room with only ice cubes in a glass on the table. It’s 28 degrees.  You open the window to try to get the ice cubes to melt. The temperature raises to 29 degrees. The ice cube does nothing. The temperature raises to 30, 31 degrees. Still nothing. Then the temperature raises to 32. The ice cube starts to melt. You start to see water. The plateau of latent possibility addresses how our behaviors add up and add up and add up until boom: change happens. It’s not that the behaviors aren’t making a difference. It’s that they need to add up until change occurs. 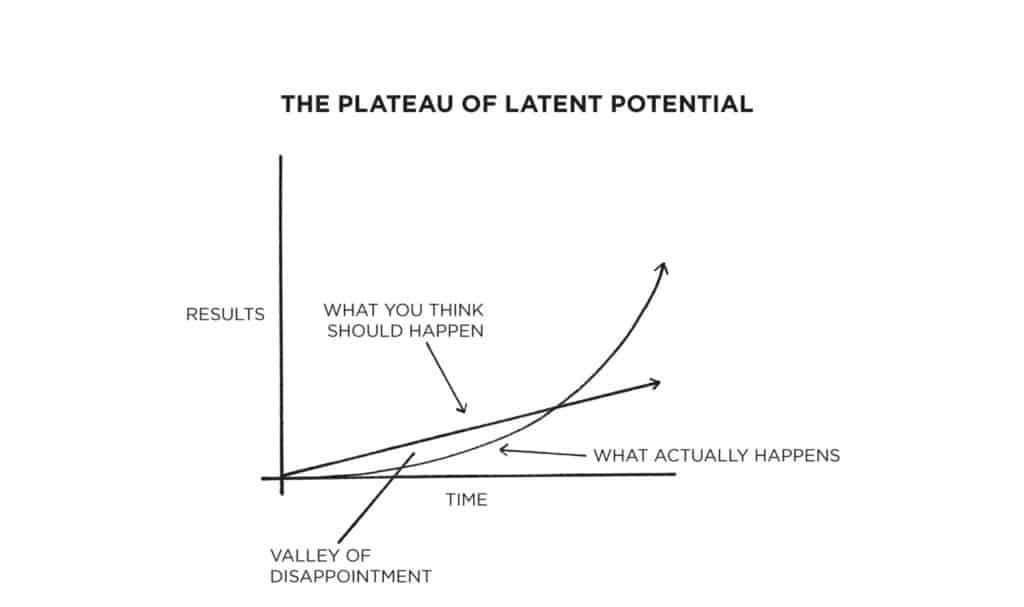 This is important when we’re talking about new years resolutions or new behaviors because it highlights that the small actions we take do matter; even if we don’t see it yet. Changing the temperature from 29 to 30 to 31 did matter but we saw no result from that change until we move one more shift to 32. Same thing with behavior or habit change. You may be skipping the nightly dessert but seeing no change on the scale because your body has been through so many diets it’s holding on to weight just in case. Until….February. Or maybe march. Then boom. Weight starts coming off. Your body starts to respond to your changes.I’d

The plateau of latent possibility is all about having the knowledge that the little changes you’re consistently and persistently making do make a difference. Complaining about not seeing results is fruitless as these things take time. You don’t put on 20 pounds in a day and so you won’t lose it in a day. The important question is: what do you commit to? Are you going to quit ahead of time or do you commit to taking massive action until you get the result you want? 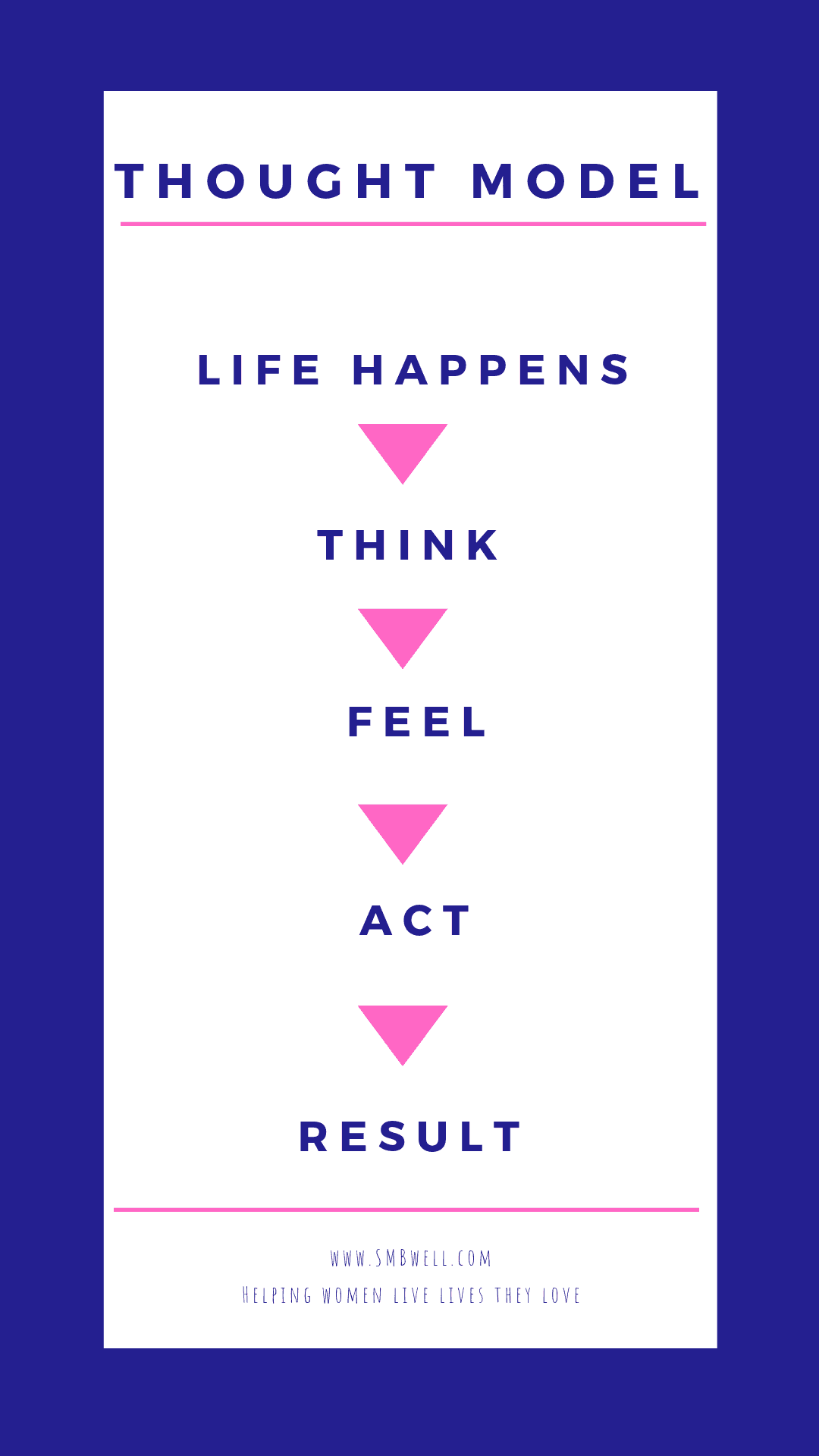 change. The thoughts we think generate our feelings of motivation or inspiration which then catapult into the action needed to work towards our goal. Massive action includes getting super deliberate about thinking and thinking on purpose.

True behavior change ultimately involves an element of identity change. We are essentially reprogramming our thoughts and what we think about ourselves in order to break the habit of being ourselves. #behaviorchange #Joedispenza Click To Tweet

This is where mindset and the thought model is involved. Instead of believing we have a fixed mindset a fixed way of doing things, choose to believe you have a growth mindset and there’s an infinite amount of possibility to for you. You get to start thinking differently about yourself and how you identify. For example, if you think “I’m not an athlete” how motivated do you feel to get to the gym? If you choose to think, I’ll never love my body, how motivated are you try? If you think I’m a yeller, how motivated are you to try conversing in a different way? If you choose to think I have a quick temper, how inspired are you to learn calming techniques. All of the things we tell ourselves about ourselves are thoughts. Thoughts are merely sentences in our head. Not hard truths. They become beliefs if we think them often enough but that still doesn’t change the solidity  or finality of it. That’s up to you.

What Do You Want?

What are you going to deliberately think about? How are you going to choose to view your mistakes and failures? We are either growing or shrinking. Setting a goal and pushing through the discomfort of the lessons and failures leads us to grow. Setting a goal and succumbing to our reptilian brain’s pressure to quit, leads us to shrink. What is your choice?

If you’re interested in more product or book recommendations, or to get free resources to support you on your growth journey here on earth, sign up for Susie’s weekly email here.

If you've been following me for a while, you know

Most mornings I see between 10-30 people outside w

Reminder, emotional intelligence is something we b

Type YES if you've ever felt resentful towards you

Type below: what’s some everyday thing in your l